React to any cloud event with hosted Event Gateway

Last year, we released the Event Gateway project: an open source serverless communication fabric that allowed developers to react to any event, with any function, on any provider.

When we did that, we were looking to solve a lot of common problems serverless developers experience.

The Serverless Event Gateway is pretty dope. React to any event, with any function, on any provider. https://t.co/TMtPoXWUja

But that was only step 1.

This post talks about some exciting updates for Event Gateway, and also where we’re going next.

Note: If you just want to get straight to seeing Event Gateway in action, you can watch Austen Collins demo it at CloudNativeCon below:

Now, on to the news!

Event Gateway as a hosted service 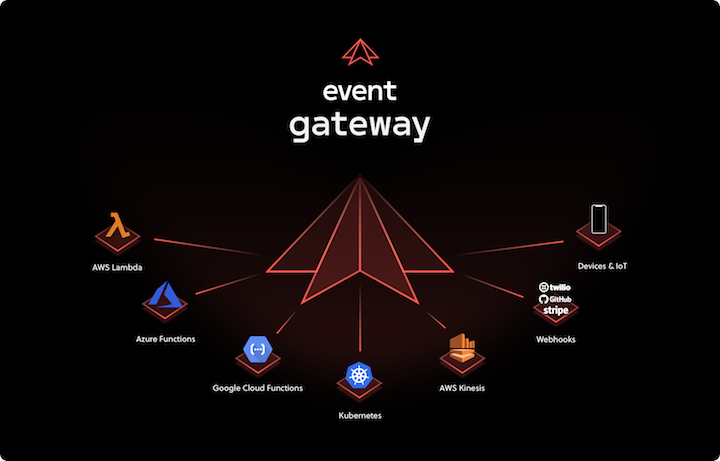 In its initial iteration at launch, Event Gateway was a piece of software that you had to start up and run. You needed servers to interact with it. And while a lot of people loved Event Gateway and all the problems it solved, they (shocker!) didn’t love that it forced them to deal with infrastructure.

So today, we’re releasing a public beta of Event Gateway as a hosted service!

In other words, Event Gateway goes serverless! You can get up and running with it right now, no infrastructure required. 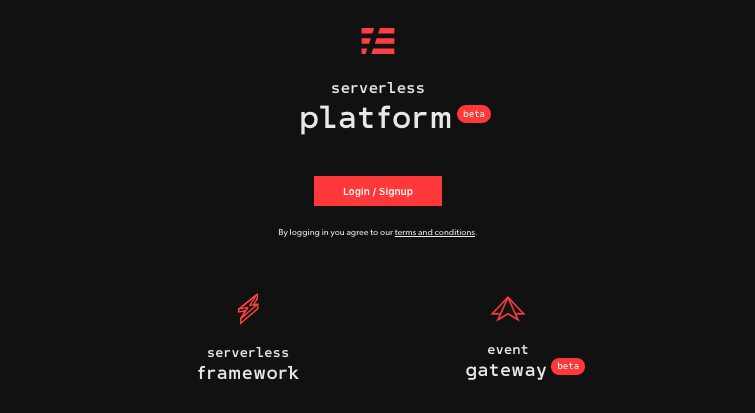 A frontend client sends a data payload to an endpoint that’s sent to another system for analytics processing. Or, you catch an emitted event and put it in SQS for integrating with legacy infrastructure.

But part of the serverless mantra is: Write Less Code. Don’t write boilerplate code where you don’t need it, and configuration is better than code wherever possible. Focus on your business logic, and outsource code to others.

That’s why we’ve added the notion of connectors into Event Gateway. These are bits of logic which take your event and send it to another system—Firehose, Kinesis, or SQS for instance—without having to write the boilerplate integration code into a Lambda function. 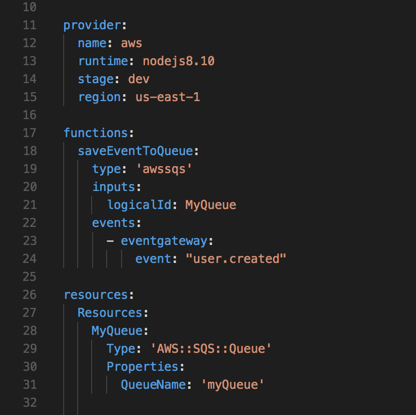 These connectors are configurable. You specify the end system you want to send your event to (such as a Kinesis stream or SQS queue), and the Event Gateway will handle forwarding the event to that system.

No more glue code in Lambda just to pipe data from one system into another. Write configuration, not code.

Plugin for the Serverless Framework

We made a plugin for the Serverless Framework that makes it really easy to deploy your Lambda functions with Event Gateway.

The plugin enables you to:

We have a getting started example for using the Event Gateway plugin with our hosted Event Gateway. Check back next week for an in-depth walkthrough tutorial on using the different features of Event Gateway with the plugin.

The Cloud Native Computing Foundation (CNCF) has been working on CloudEvents, a specification for describing event data in a common way across providers. We at Serverless have taken a leading role in this effort, as we believe strongly in the importance of standards and interoperability in this new event-driven world. That's why we have made the Event Gateway CloudEvents-compatible. All functions receive a CloudEvents payload describing the event received.

The CloudEvents spec recently hit an 0.1 release, and the CNCF Serverless Working Group is pushing hard toward the 1.0 milestone.

The future of Event Gateway: where we’re going

Our path here is threefold: we want to continue adding more functionality into the user experience, integrate a wider range of available function types, and make it even easier to pull in different events.

An event-driven system is inherently harder to debug than a more synchronous, request-response setup. You have to be careful to understand that your function didn’t trigger on a given event and then debug the reason.

Was the event emitted? Was the subscription configured incorrectly? Did the function fail?

We’re working to add better diagnosability so that you know that your system is working as it should and how to debug it when it’s not.

We want to increase the range of function types you can use to include additional FaaS providers, such as Azure Functions, Kubeless, OpenFaaS, and others.

Feeding events into the Event Gateway

We want to make it easier for serverless application developers to integrate diverse event types, from a variety of cloud sources and SaaS applications, into Event Gateway. For instance, pulling data from event stores like Kafka and Kinesis, so that developers can seamlessly react to those events with functions in a unified way.

This, we believe, is how developers will finally realize the true power of events combined with FaaS.

For a really nice example that takes you through API Gateway usage and custom event usage in only a few minutes, go straight to the getting started guide.

If you want to sign up for the hosted version, here’s where you can make an account.

You can also check out the open source Event Gateway project on GitHub. 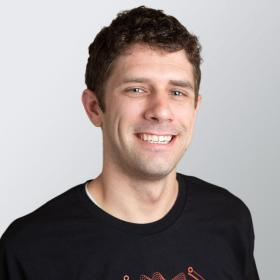 Alex DeBrie is a data engineer at Serverless.

Easily deploy React applications that are fast, global and cheap to host on AWS S3 and AWS Cloudfront.

Need a serverless way to give your app updated data in real-time? Try this solution with Websockets and Lambda.