AWS Lambda is the archetype of a class of cloud computing products called serverless functions-as-a-service, or FaaS.

Others in this product class include Google Cloud Functions and Azure Functions, both of which share the same billing model as Lambda, but with different rates and service limits.

This post looks at the serverless FaaS billing model in general, but focuses on AWS Lambda’s current pricing (as of September 2017). Its goal is to point out some observations that may help in reducing or preventing unexpectedly large AWS Lambda bills. Many of these may also be relevant to other products that share a similar billing model.

A Lambda function is a piece of application software that runs in a short-lived container to service a single request or event. Although the use of the term “function” can suggest that the code must consist of a single function, Lambda functions are regular processes that can also, for example, spawn child processes. They must conform to a specified interface, but can otherwise contain arbitrary code.

Each Lambda function can be “sized” by setting the maximum memory size (GB) parameter in the Lambda Console or using the API. This value also affects the CPU shares allocated to the function when it runs, but in a manner that is not currently disclosed by AWS. Lambda also allows limiting the maximum function execution time (seconds) for a function, to prevent runaway or hanging functions from driving up cost.

Since Lambda functions run only when a request must be serviced, they only incur charges when used. The general pricing model adopted by serverless FaaS providers is based on two numbers per function invocation:

For each function invocation, these two values are multiplied together to produce a number with the unit GB-sec. After allowing for a monthly allowance of free GB-sec from the free tier, the billable compute cost is the total GB-sec across all function invocations, multiplied by a fixed GB-sec rate. This fixed rate is currently the following for three popular FaaS services.

Since GB-sec is a composite unit, it can be unintuitive to reason about. Focusing on AWS Lambda’s current pricing, the following chart shows the cost of executing 100,000 invocations of a Lambda function that executes for a varying amount of time, broken down by three different maximum memory sizes. Note that each invocation may have to start a language runtime and load third-party libraries before getting to user code, all of which add to the function's billable runtime for each invocation.

It can be helpful to remember that a GB-sec represents neither a gigabyte nor a second, and is the first composite unit to be used for commercial cloud product pricing in recent memory.

Spreadsheet-inclined users may want to look at the data in this public, read-only Google Sheet.

As a concrete example of the observation on spot pricing, consider the following numbers, drawn from the Baresoil Image Resizing Benchmark:

On the other hand, if you are currently processing 120,449 images per hour using spot priced queue workers, you may be able to process the same actual workload in minutes rather than an hour for just a 33% increase in costs, using Lambda’s default concurrency limit of 1000. 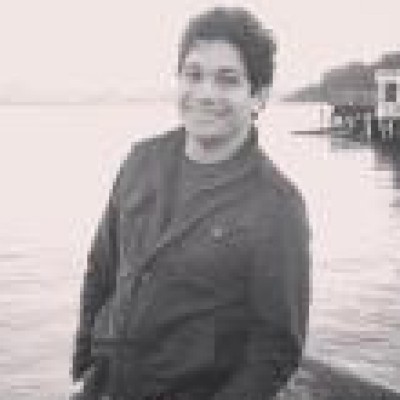 Mayank Lahiri is the founder of Iceroad.